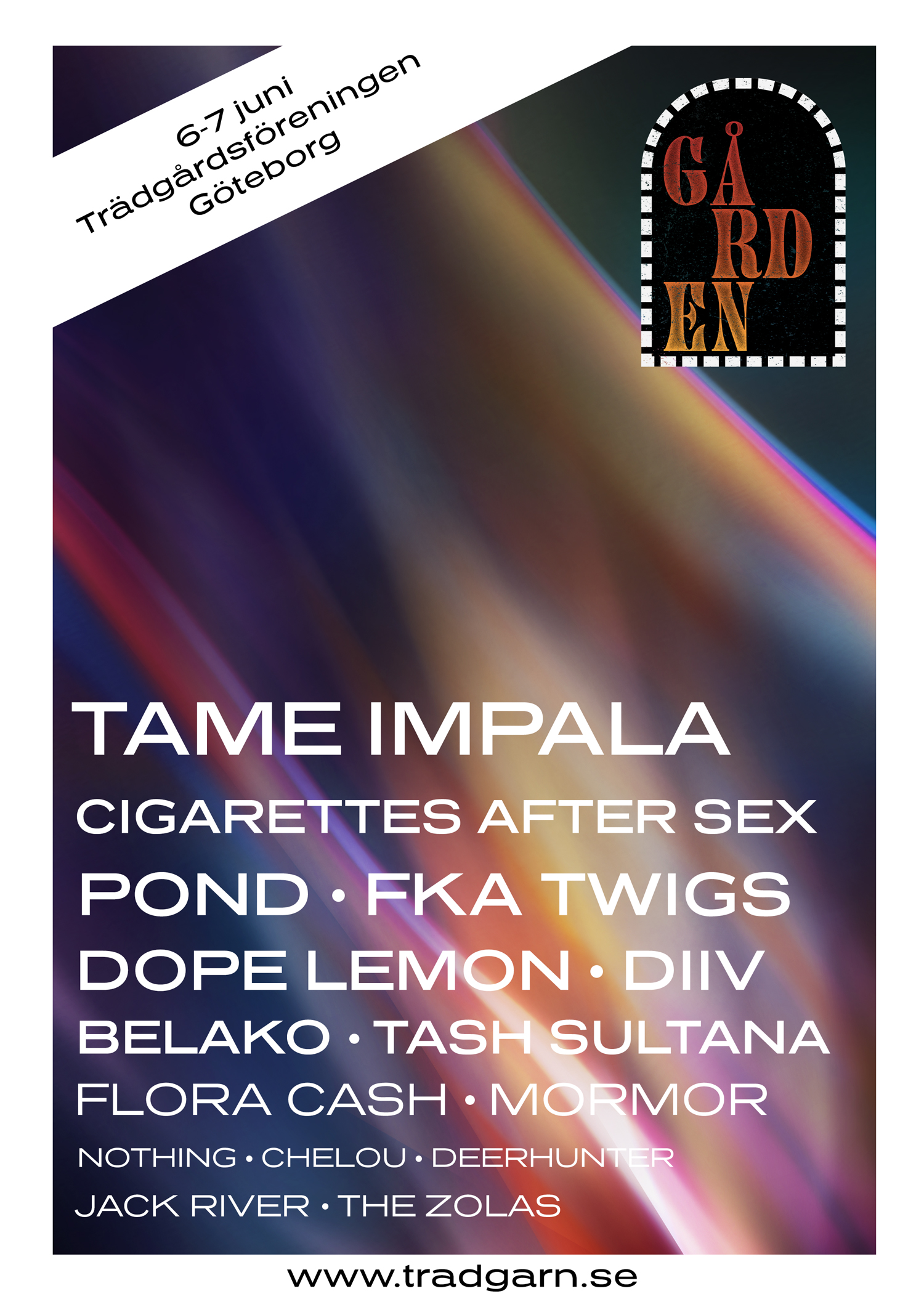 Alternative profile and concept for Gården festival.
The overall theme of the concept is rays of sunlight, and a wide spectra of colours.

The festival is taking place at Trädgårsföreningen, at the center of Guthenberg. The soul of the festival should be reflected in its presentation, therefore this concept is highly influenced by summer, a day in the park, and aims to give a light-hearted impression. 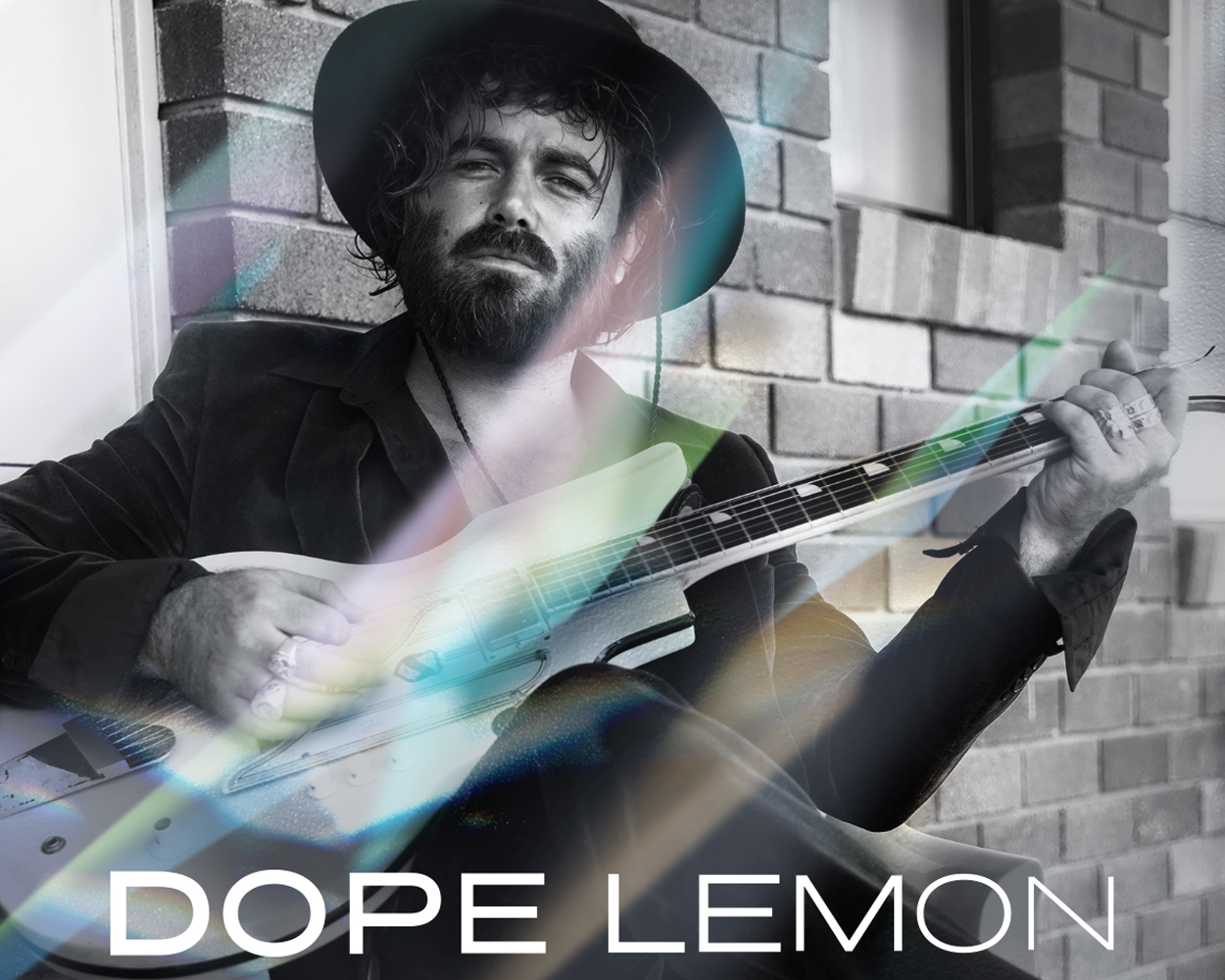 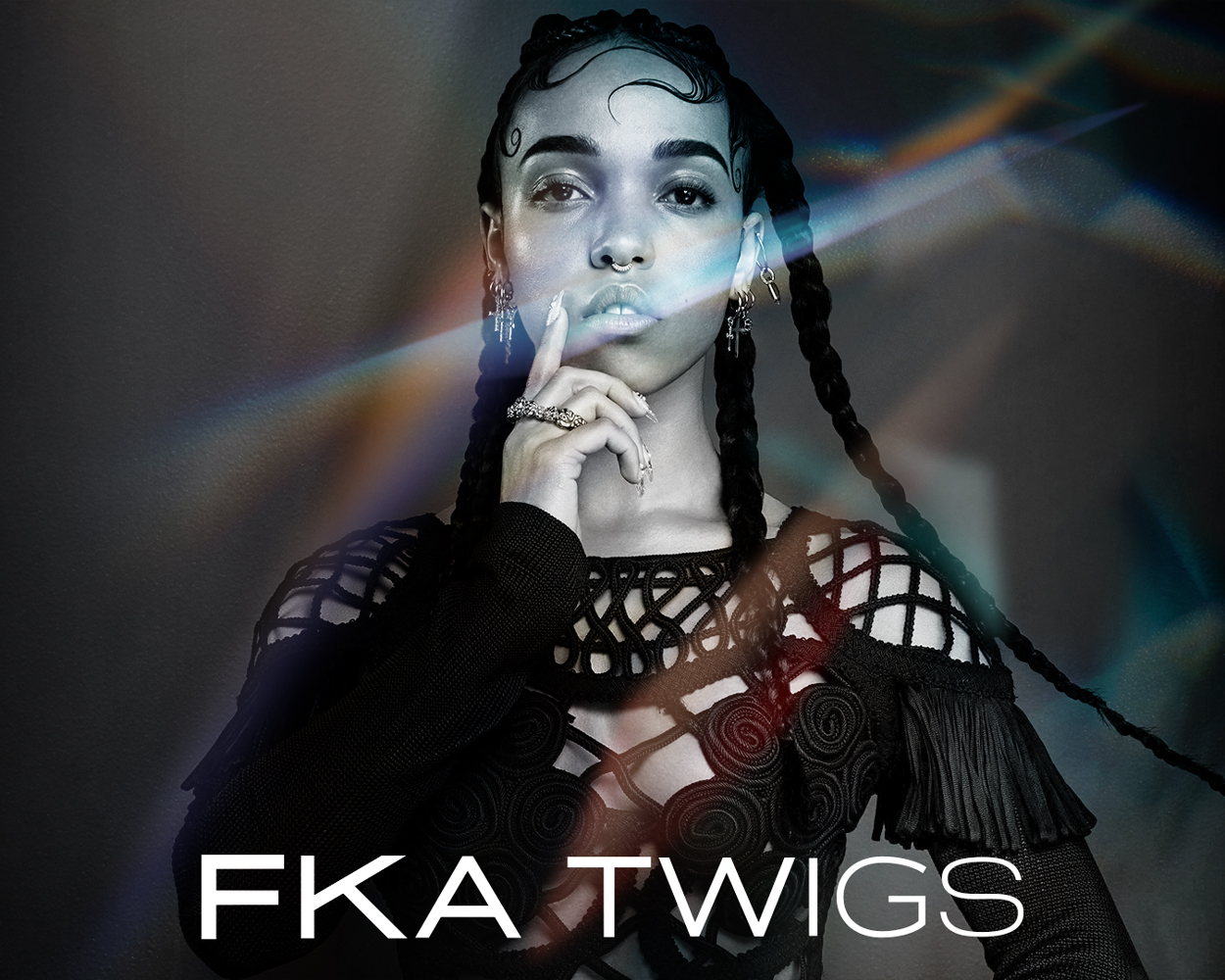 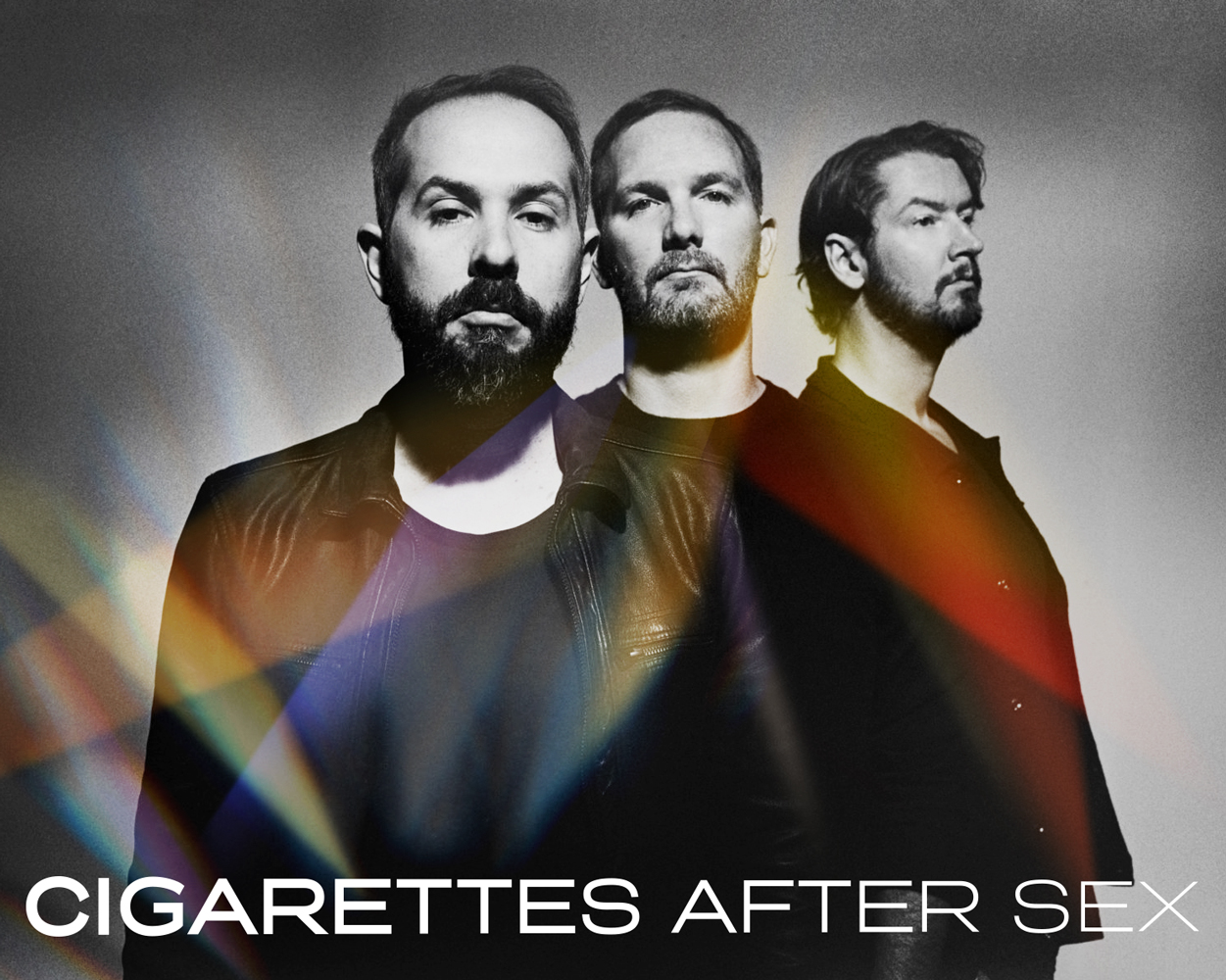 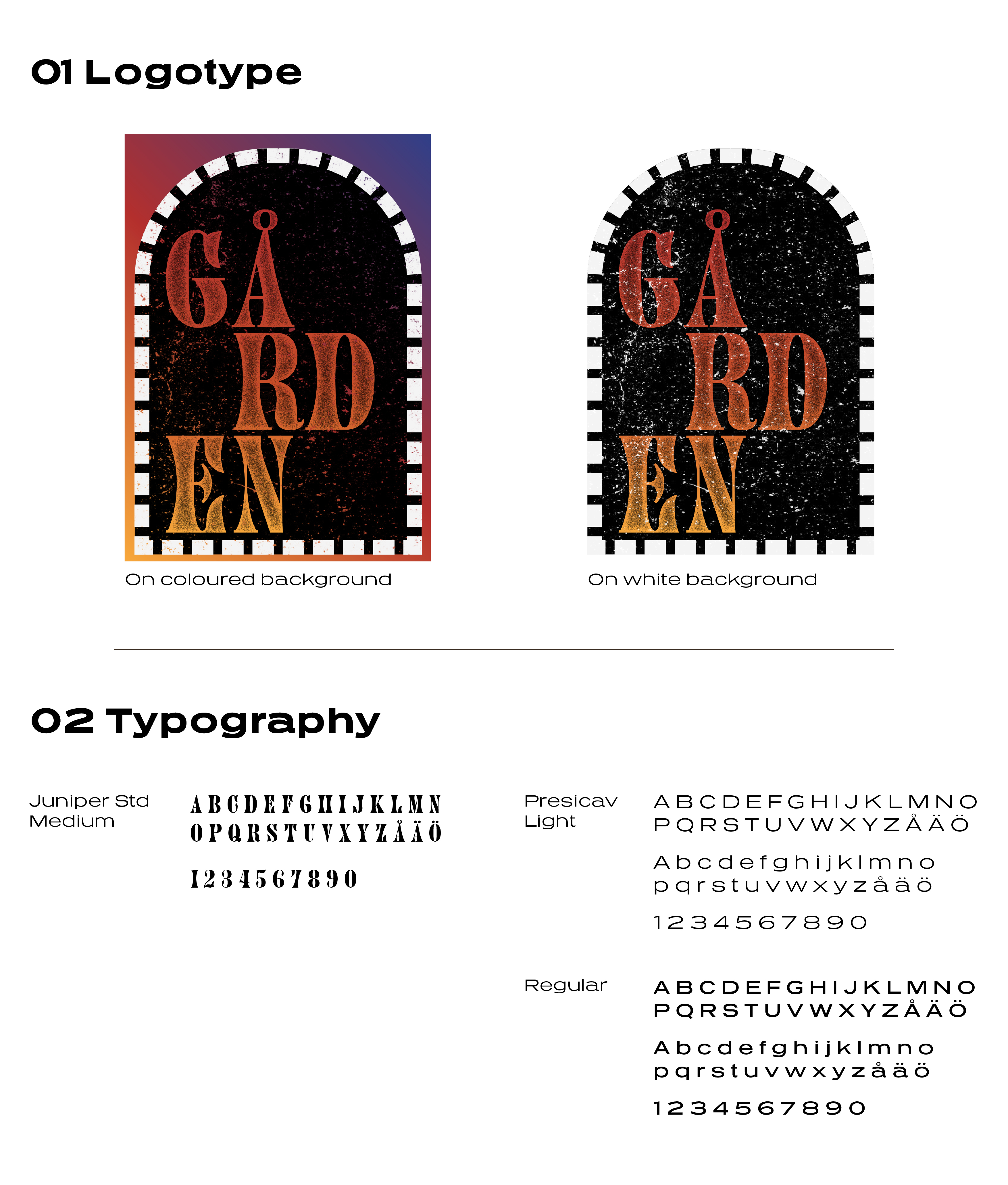 Depending on when the singer is set to perform, the light and refraction differs, as mimicked in the promotional pictures above. This is also influenced by the style and feel of the music, Dope Lemon is moderately upbeat and mellow, as such suitable for an early act at midday. FKA Twigs is electronic and upbeat, suitable for early afternoon. Cigarettes after sex is quite slow and ambient, and would be set to play just at sunset.

The logotype takes some inspiration from the 60s with the typeface chosen, as well as the distressed finish.
In order to not seem like another Way out west, the concept for this festival focuses more on alternative music, such as Pond, Nothing and Flora cash. As is reflected in the logotype; the dream pop, indie and psychedelic influences of the acts.

about me
‍
art
‍